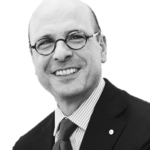 Recently a trend toward state court review of arbitral awards has emerged, especially when criminal activity is alleged, and no matter what side of the debate you are on, there’s no denying a change is afoot.

This trend has revealed itself in French case law. In Belokon vs. Kyrgyzstan, for example, the Paris Court of Appeal early last year set aside an arbitral tribunal’s decision that had found the Republic of Kyrgyzstan liable for the unlawful expropriation of the assets of a Latvian investor, Valeri Belokon.

The French court ruled that Belokon’s acquisition and operation of Manas Bank in Kyrgyzstan in 2007 hid money-laundering practices and consequently set aside the arbitral award. Read more