Where is Moldova’s Money? 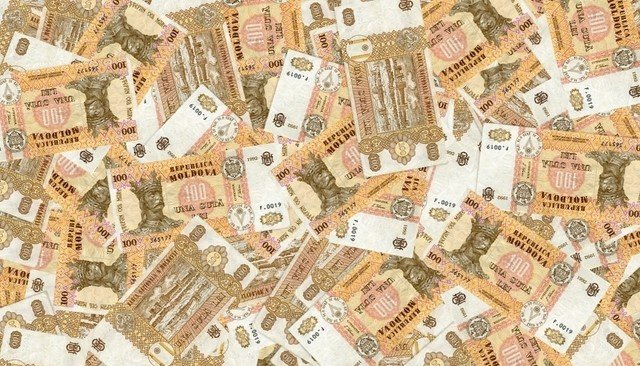 The government of the former Soviet Republic of Moldova is still reeling from a billion dollar bank fraud discovered last November, that cleaned out three of its banks — the equivalent of 15 percent of the country’s GDP.  Already the poorest nation in Europe, Moldova plunged into a recession, as a massive bailout rescued the banks at a cost of half the country’s annual budget.

After almost a year and a lengthy investigation, the questions remain for Moldova and its citizens, the real victims in this colossal fraud. Where is Moldova’s money, and can these assets ever be recovered?

What we’ve learned from other complicated large scale fraud cases is that while the process can be arduous, asset recovery is possible for victims. Sadly, efforts rarely  retrieve all the funds they are owed. Many victims are still waiting for payouts from complex international cases. However, when the losses are enormous, recovery of large sums of money is more than worth the effort. We also know that the best chance for success requires utilizing key strategies the bad guys use in order to help victims regain their money and some sense of control over their financial lives.

A report by international private investigation firm Kroll found that individuals and legal entities linked to Ilan Shor, a 28-year-old millionaire businessman, took control of the banks. Shor recently denied involvement in an interview with the BBC, but the report found that financial trails in several countries all lead back to Shor. First, the ownership structure of these banks (Unibank, Banca de Economii and Banca Sociala) was modified through the integration of new shareholders. The shareholders’ companies were incorporated shortly before the purchase of the banks’ shares. These companies acquired the shares through limited partnerships in the UK and Latvia, but most significantly in Scotland. The Shor Group was then able to place at the head of the three banks people that authorized fraudulent financial transactions such as loans for companies within the Shor Group. These funds were then transferred on to offshore entities. Shor took over as chairman of Banca de Economii in April 2014, and is also mayor of a small town in Moldova.

The Moldovan government, which is still attempting to find and prosecute the perpetrators, can choose between two asset recovery strategies, and time is of the essence.  It can work with enforcement authorities in jurisdictions where the assets could be traced. Experience shows that this approach is hardly effective, because it lacks the level of cross-border coordination and expertise required. While some funds may be recovered, it is always a small percentage of the losses.

Whoever was the mastermind behind this large cross-border fraud put together an international network of various companies and individuals with specific skills to implement the scheme. In order to retrieve Moldova’s assets, the government must employ a similar strategy. Not only logical, this strategy has also proven to be effective. In the relatively small number of success stories, a team approach has worked.

A case of this magnitude and international reach requires an international network of professionals (respected lawyers in the field, accountants and asset tracing and recovery specialists), experts primed to work together and with law enforcement to track and retrieve stolen assets.

Lawyers who understand asset recovery and have experience in complex cases know how to foster effective collaboration with enforcement authorities in the countries involved.

Instituting the proper legal protocols can ensure efficient gathering and use of the information needed to recover the assets or to make claims against entities or individuals who have taken part in the fraud. Accountants and asset tracing specialists work with attorneys to follow the money in complex cases where the assets and the criminals have scattered across the world.

I am the executive director of ICC FraudNet, an international network of independent lawyers who are leading civil asset recovery specialists in each country. Its membership extends to every continent and the world’s major economies, as well as leading offshore wealth havens that have complex bank secrecy laws and institutions where the proceeds of fraud often are hidden. Founded in 2004 by the Paris-based International Chamber of Commerce (ICC), the world’s business organization, FraudNet operates under the auspices of the ICC’s London-based Commercial Crime Services unit. FraudNet has been recognized by Chambers Global as the world’s leading asset recovery legal network.

Prevention is key, and this fraud shows that in Moldova and in other countries involved in the fraud, flaws in the regulations allowed the crime to occur. Moldova was ripe for picking, and the criminals knew it. However, even with stronger regulation, fraudsters will continue to develop new schemes to go around the checks and controls in place. Therefore, it is important to understand that the work of asset recovery specialists must be part of any strategy. Enforcement authorities and the judiciary are not sufficiently equipped to handle such large scale complex transnational cases in which fraudsters exploit the weaknesses of each jurisdiction to make off with millions. When it takes a network to perpetrate a complex international fraud, an experienced network has the best chance of recovering the assets.

Stéphane Bonifassi, of Lebray & Associés, specializes in representing victims of fraud, and is the executive director of ICC FraudNet, an international network of independent lawyers who are leading civil asset recovery specialists in each country. He is the former president of the criminal law commission of the International Association of Lawyers (UIA) and the former chair of the business crime committee of the International Bar Association (IBA). Bonifassi regularly speaks and writes about issues including corruption, fraud, asset recovery and mutual legal assistance. He contributed to the book, Asset Tracing & Recovery: the FraudNet World Compendium, and his article The Long Arm of the Law – Obtaining Jurisdiction and Evidence in France, was published in International Legal Practitioner.