Why You Are Probably a Victim of International Corruption 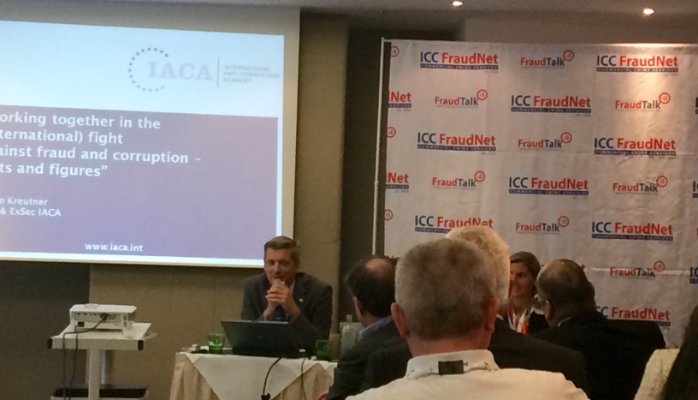 If you are reading this, chances are you have been affected by international corruption. Because this type of fraud occurs in the shadows in the form of bribery and other financial crime — and it happens to corporations and governments rather than individuals — the problem generally fails to arouse media attention or public anger sufficient to facilitate change. People know it’s a problem, but it’s not personal.

However, those of in the field of asset recovery understand that we are all ultimately victims of these crimes. Just how big is the problem? This month at ICC FraudNet’s annual conference, held this year in Vienna, one of our featured speakers, Martin Kreutner, executive secretary of the International Anti-Corruption Academy (IACA) based in Laxenburg, Austria, shared some sobering statistics – even to me and our members who tackle fraud around the world every day.

An estimated $1 trillion dollars is paid in bribes every year around the world, Kreutner said, resulting in significant losses to governments. In some African countries, bribes accounted for losses of up to 25 percent of the GDP, while in Asia the number was close to 17 percent. In Europe, the figure is estimated at between 5 to 10 percent of the GDP. Given our global economy, the effects are also global, including public discontent. The latest Eurobarometer survey found that about 76 percent of Europeans believe corruption in government is widespread, and more than half believe it has increased in their own countries. Not only Europeans are distrustful of their government. In the U.S., according to a recent Gallup poll, about 75 percent of Americans believe corruption in the government is widespread.

Kreutner was just one of the experts who addressed ICC FraudNet members at the conference, and participated in panel discussions focused on fraud trends and strategies we use to help victims recover their assets and hopefully a sense of well-being. The purpose of the event is to increase worldwide cooperation in the fight for fair competition and a business environment free of corruption and fraud. For example the keynote speaker was Elena Panfilova, vice chair of Transparency International (TI) and the chair of TI Russia, whose speech included information about tracing property in foreign jurisdictions.

Stéphane Bonifassi, of Lebray & Associés, specializes in representing victims of fraud, and is the executive director of ICC FraudNet. Regarded as a Most Highly Individual by WhosWhoLegal: Asset Recovery 2015, he is the former president of the criminal law commission of the International Association of Lawyers (UIA) and the former chair of the business crime committee of the International Bar Association (IBA). Bonifassi regularly speaks and writes about issues including corruption, fraud, asset recovery and mutual legal assistance. He contributed to the book, Asset Tracing & Recovery: the FraudNet World Compendium, and his article The Long Arm of the Law – Obtaining Jurisdiction and Evidence in France, was published inInternational Legal Practitioner.

ICC FraudNet is an international network of independent lawyers who are leading civil asset recovery specialists in each country. Recognized by Chambers Global as the world’s leading asset recovery legal network, our membership extends to every continent and the world’s major economies, as well as leading offshore wealth havens that have complex bank secrecy laws and institutions where the proceeds of fraud often are hidden. Founded in 2004 by the Paris-based International Chamber of Commerce (ICC), the world’s business organization, FraudNet operates under the auspices of the ICC’s London-based Commercial Crime Services unit.